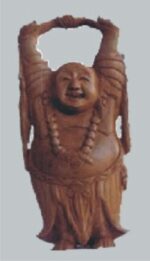 The Psychology of the Buddhas

Posted by Sonar
· No Comments

Recently I read an OSHO book in which Osho speaks about the difference between psychology and meditation. He outlines a clear and fundamental difference: psychology is about personality, the ego, the mind and meditation is in the first place interested in the space beyond mind. A meditator only wants to get to know the mind in order to be able to leave it behind.

The book is called ‘Enlightenment is Your Nature – the fundamental difference between psychology, therapy and meditation’ and it is a compilation of discourses in which Osho has spoken about this subject.

To me this is a fascinating and clarifying book and I would like to share some of Osho’s insights that particularly touched me. Osho introduces the ‘psychology of the buddha’s’, which for me – and maybe for other psychologists as well – is an inspiring concept that carries tremendous possibilities. If we could lift psychology beyond the mind, an enormous jump in understanding and consciousness could be made…

In this book it is made clear where the difference lies between the eastern and the western approach. Osho says for instance:

…”if I give you a seed of a beautiful tree, and you become too concerned with the seed and you try to understand and dissect, and dissect more — the chemical structure, the physical structure, the atomic structure, the electrons, the neutrons — and you go on and on, you completely forget that the seed was meant only to become a tree.“…The Western psychologist is interested in mind just like this example of you being too much obsessed with the seed. The Eastern approach to consciousness is also interested in the seed but not for its own sake — it is interested in the seed because it carries a potentiality, a possibility of becoming a beautiful tree…” “…The concern of the buddhas about the mind is only as a stepping-stone. The mind has to be understood because we are entangled in it.”

The Eastern psychology is interested in how to get out of the prison of the mind, how to use its structure to go beyond it. This psychology which is rooted in meditation arises out of an understanding from within.

Why get out of the mind? The mind is within you, but it is actually a collection of ideas from the society that has been put into you. It is not yours. A child is not born with a mind. It is born with brains. The brains are a mechanism, the mind is an ideology. The brains are fed by the society and each society creates a mind according to the conditionings of that society. You can find the truth if you let go of this mind and look at existence with fresh eyes, like a newborn baby.

“When you feel existence immediately, without any mediator, with no mind given by anybody else to you, you taste something which transforms you, which makes you enlightened, awakened, which brings you to the highest peak of consciousness. A greater fulfilment there is not. A higher contentment there is not. A deeper relaxation there is not.”

The psychology of the buddhas is not a science as we know it, because science is restricted to the mind. It is more an art, a flexible art. The methods it uses are individual, arbitrary, not scientific. That is because science is objective, it is always about someone else, never about yourself.

The psychology of the buddha’s is not a philosophy.

The psychology of the buddha’s is not really a psychology either, because psychology is about the mind and a buddha is a no-mind. Still Osho uses the word ‘psychology’ because there is no better word yet.

“Psychology presupposes that the mind is functioning, thinking, planning, worrying, imagining, dreaming — and a buddha has no dreaming, no planning, no worrying, no thinking. He simply exists. He exists like a rock, like a tree, like a river — with just one difference, a tremendous difference. The difference is that he exists without mind but full of awareness.”

The only thing that is important in the psychology of the buddhas is how to get out of the mind, so that there will be space for the truth of your existence, your own inner nature. Many kinds of methods and techniques have been developed, according to the kind of mind you are dealing with. Traditionally there are 108 methods of meditation. Osho has gone deep into each one of them, tried them out on himself to find out if there is an essential core that is the same in all methods. He concluded that the essence of all meditation techniques is the art of witnessing. Then he developed his own methods, specifically for people now, living in this time. But the essential core remains the same.

Just by witnessing we become detached from the mind and from our identification with it; thoughts slowly retreat to the background and eventually dissolve like clouds in a clear sky. In this way there will be more and more silence inside. The space that arises inside will be be filled by our own inner nature, without us doing anything – just by itself.

“Your truth is not to be thought about, it has to be seen. It is already there. You don’t have to go anywhere to find it. You don’t have to think about it, you have to stop thinking so that it can surface in your being.
Unoccupied space is needed within you so that the light that is hidden can expand and fill your being. It not only fills your being, it starts radiating from your being. Your whole life becomes a beauty, a beauty that is not of the body, but a beauty that radiates from within, the beauty of your consciousness.”

All quotations are from: Osho: Enlightenment is your nature. The fundamental difference between psychology, therapy and meditation, Watson, 2017.